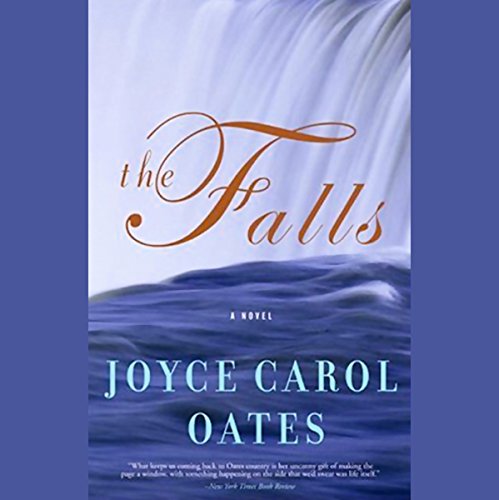 A man climbs over the railings and plunges into Niagara Falls. A newlywed, he has left behind his wife, Ariah Erskine, in the honeymoon suite the morning after their wedding. "The Widow Bride of The Falls", as Ariah comes to be known, begins a relentless, seven-day vigil in the mist, waiting for his body to be found. At her side throughout, confirmed bachelor and pillar of the community Dirk Burnaby is unexpectedly transfixed by the strange, otherworldly gaze of this plain, strange woman, falling in love with her though they barely exchange a word. What follows is their passionate love affair, marriage, and children, a seemingly perfect existence.

But the tragedy by which their life together began shadows them, damaging their idyll with distrust, greed, and even murder. What unfurls is a drama of parents and their children; of secrets and sins; of lawsuits, murder, and eventually redemption.

Set against the mythic historic backdrop of Niagara Falls, Joyce Carol Oates explores the American family in crisis, but also America itself in the mid-20th century. The Falls is a love story gone wrong and righted, and it alone places Joyce Carol Oates definitively in the company of the great American novelists.

"Powerful, compassionate, and ruefully humorous. The Falls is another example of Oates's inexhaustible brilliance." (BookPage
"Oates spins a haunting story in which nature and humans are equally rapacious and self-destructive." (Publishers Weekly)
"This passionate, compulsively readable novel displays the full range of Oates' singular obsessions: the destructiveness of secrets; eccentric female characters given to rapacious appetites and volatile emotions; and the mysterious way that human emotion is mirrored in the natural world. Vivid and memorable reading from the madly prolific Oates." (Booklist)