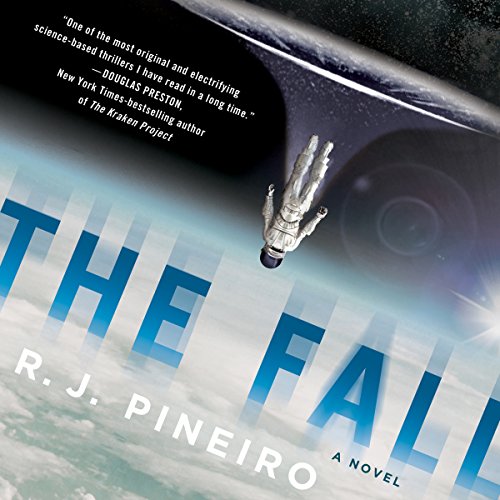 In R. J. Pineiro's The Fall, a sci-fi thriller, a man jumps from the uppermost reaches of the atmosphere and vanishes, ending up on an alternate Earth where he died five years earlier.

Jack Taylor has always been an adrenaline junkie. As a federal contractor, he does dangerous jobs for the government that fall out of the realm of the SEALS and the marines. And this next job is right up his alley. Jack has been assigned to test an orbital jump, and if it works, the United States government will have a new strategy against enemy countries.

Despite Jack's soaring career, his personal life is in shambles. He and his wife, Angela, are both workaholics and are on the verge of getting a divorce. But the night before his jump, Jack and Angela begin to rekindle their romance, and their relationship holds promise for repair. Then comes the day of Jack's big jump. He doesn't burn up like some predicted - instead he hits the speed of sound and disappears.

Jack wakes up in an alternate universe. One where he died during a mission five years earlier and where Angela is still madly in love with him. But in this world, his boss, Pete, has turned to the dark side and is working against him, and the government is now on his tail. Jack must return to his own world, but the only way for him to do that is to perform another orbital jump. This time is more difficult, though - no one wants to see him go.

Jack's adrenaline is contagious - The Fall will keep listeners on the edges of their seats, waiting to find out what crazy stunt Jack will perform next and to learn the fate of this charming daredevil hero.