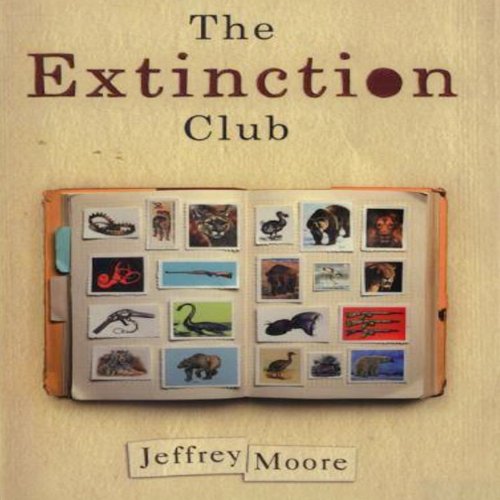 A thriller with an environmental conscience, Jeffrey Moore's The Extinction Club tracks wealthy but troubled Nile Nightingale as he flees his angry ex-girlfriend through Quebec, and his change of course when he finds wounded Céleste Jonquéres, age 14, left for dead in a sack. Narrated in a darkly compelling tone by voiceover actor Alfred Gingold, Moore's story is deeply affecting, both for its touching portrayal of the growing relationship between Céleste and Nile, and for its startling look at the mistreatment of wildlife and what it's costing us. Throughout, Gingold captures the characters' emotion, allowing the story to transcend simple entertainment to truly touch listeners.

In this dazzling thriller, shortlisted for Canada’s Edgar Award, the list of endangered animals includes some humans.

Nile Nightingale is on the run. Fleeing across the border to rural Quebec, he seeks refuge at an abandoned church when his junked-up, overstimulated mind takes in that he has just witnessed a body drop - in a bloody sack tied with Christmas ribbon. The contents, unconscious but still alive, turn out to be 15-year-old Cleste Jonqures, who has been beaten and slashed, like wild game, to slowly bleed out. From his hideout, as he nurses his patient back from the brink and begins to face his own life, he pieces together what he has stumbled into.

Animal rights activists, Cleste and her beloved grandmother have taken on a vicious poaching ring, operating from Quebec’s Laurentian Mountains and dealing in bear and other animal parts for the international market, with the collusion of corrupt rangers and police. Her grandmother has died suspiciously. And now that Nile has saved Cleste from the dead, the poachers and their accomplices in this small town have taken notice and are cautiously, but inexorably, closing in.

Featuring two brilliant misfits as unlikely sleuths and by turns comic and darkly tragic, this haunting thriller is a neo-noir tour de force, abounding in puzzles and mysteries from a missing cat to the fate of the Eastern cougar.