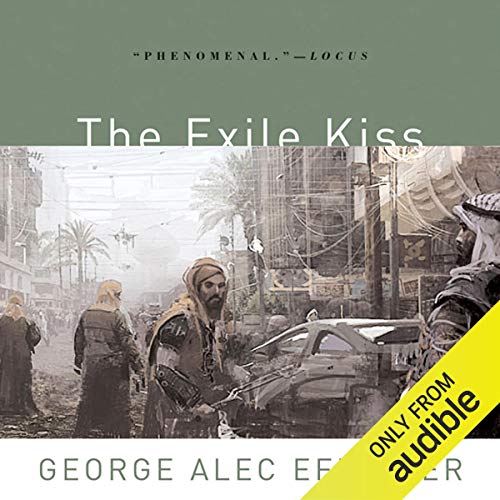 Mard Audran has risen from hustling on the streets of the decadent Budayeen ghetto to being the right-hand man of one of the Maghreb's most feared men. As an enforcer for the powerful Friedlander Bey, Mard is just beginning to enjoy his newfound wealth and privilege, when he and Bey are betrayed by a rival and accused of murder.

Sentenced to exile and abandoned to die in the vast Arabian desert, Mard and Bey must somehow survive the searing sands and make their way back to the now-hostile Budayeen - and, then, take their vengeance.

By turns thrilling and philosophical, The Exile Kiss is the culmination of one of the great works of modern SF.