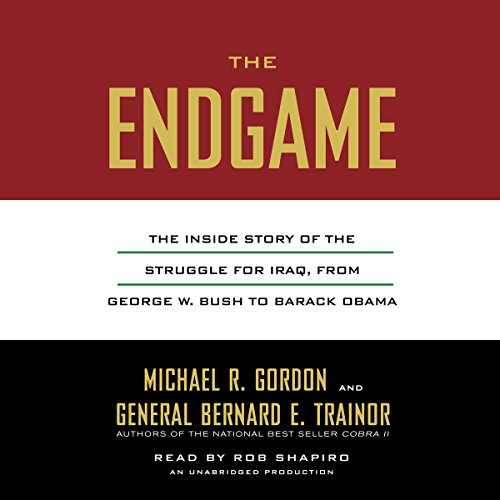 Eagerly anticipated in the wake of their national best seller Cobra II ("The superb, must-read military history of the invasion of Iraq" - Thomas L. Friedman), The Endgame is Michael R. Gordon and General Bernard E. Trainor's most ambitious and news-breaking book to date. A peerless work of investigative journalism and historical recreation ranging from 2003 to 2012, it gives us the first comprehensive, inside account of arguably the most widely reported yet least understood war in American history - from the occupation of Iraq to the withdrawal of American troops.

Prodigiously researched, The Endgame is not only based on an abundance of highly classified, still-secret government documents but is also brilliantly informed by access to key figures in the White House, the military, the State and Defense departments, and the intelligence community. Most strikingly, it is also informed by extensive interviews with both Sunni and Shiite leaders, key Kurdish politicians, tribal sheikhs, former insurgents, Sadrists, and senior Iraqi military officers, whose insights about critical turning points and previously unknown decisions made during the war have heretofore been conspicuously missing from the media's coverage of it.

The Endgame is riveting as a blow-by-blow chronicle of the fighting. It is also relentlessly revealing, as it deftly pieces together the puzzle of the prosecution of American, Iraqi, and Iranian objectives, and the diplomatic intrigue and political struggle within Iraq since the American invasion.