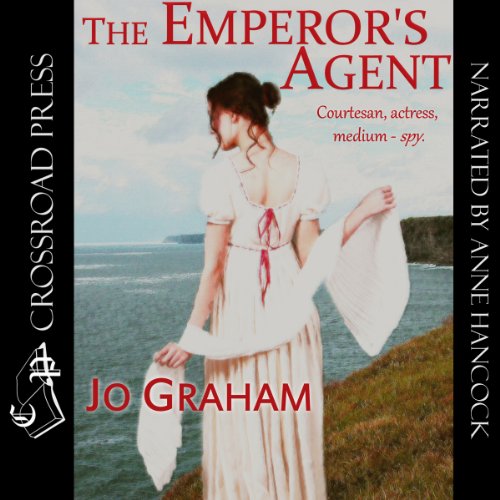 1805: Europe stands poised on the brink of war.

Elza is content with her life in the demi-monde, an actress and courtesan in the glittering society of France's First Empire, but when her former lover is arrested for treason, Elza is blackmailed into informing on her friends and associates. She has one alternative - to become the secret agent of the most feared man in Europe, Napoleon Bonaparte!

France's invasion of England is imminent, but a spy in the camp of the Grand Army threatens the secret plans. Taking the Emperor's commission to catch the spy means playing the deadly game of spy versus counterspy. However, this is no ordinary espionage, but backed by the power of the witches of England determined to hold England's seawards against invasion. Only an agent who is herself a medium can hope to unravel their magic in time - with the life of the man Elza loves hanging in the balance.

From the theaters of Paris to the sea cliffs that guard the Channel, from ballrooms and bedrooms to battlefields corporeal and astral, Elza must rely on her wits, her courage, her beauty, and her growing talents as a medium for she must triumph - or die!