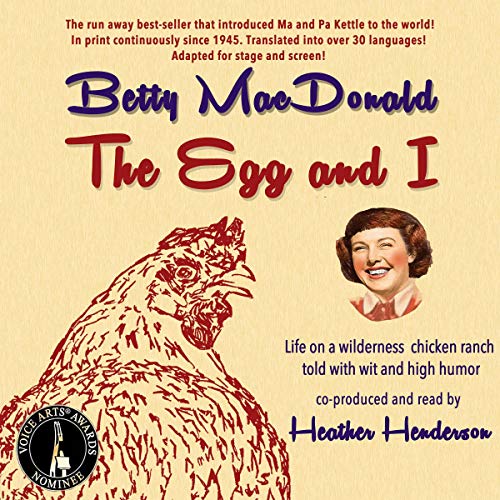 The Egg and I

The Egg and I

When Betty MacDonald married a marine and moved to a small chicken farm on the Olympic Peninsula in Washington State, she was largely unprepared for the rigors of life in the wild. With no running water, no electricity, a house in need of constant repair, and days that ran from four in the morning to nine at night, the MacDonalds had barely a moment to put their feet up and relax. And then came the children. Yet through every trial and pitfall - through chaos and catastrophe - this indomitable family somehow, mercifully, never lost its sense of humor.

A beloved literary treasure for more than half a century, Betty MacDonald's The Egg and I is a heartwarming and uproarious account of adventure and survival on the American frontier.

Das sagen andere Hörer zu The Egg and I

Betty MacDonald never disappoins me. Here the voice and the dynamics are a real match