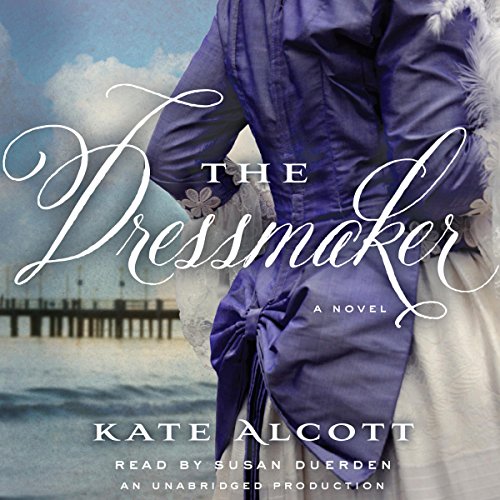 Just in time for the centennial anniversary of the sinking of the Titanic comes a vivid, romantic, and relentlessly compelling historical novel about a spirited young woman who survives the disaster only to find herself embroiled in the media frenzy left in the wake of the tragedy.

Tess, an aspiring seamstress, thinks she's had an incredibly lucky break when she is hired by famous designer Lady Lucile Duff Gordon to be a personal maid on the Titanic's doomed voyage. Once on board, Tess catches the eye of two men, one a roughly-hewn but kind sailor and the other an enigmatic Chicago millionaire. But on the fourth night, disaster strikes.

Amidst the chaos and desperate urging of two very different suitors, Tess is one of the last people allowed on a lifeboat. Tess’s sailor also manages to survive unharmed, witness to Lady Duff Gordon’s questionable actions during the tragedy. Others - including the gallant Midwestern tycoon - are not so lucky.

On dry land, rumors about the survivors begin to circulate, and Lady Duff Gordon quickly becomes the subject of media scorn and later, the hearings on the Titanic. Set against a historical tragedy but told from a completely fresh angle, The Dressmaker is an atmospheric delight filled with all the period's glitz and glamour, all the raw feelings of a national tragedy and all the contradictory emotions of young love.

From the Hardcover edition

“We all know how the Titanic went down, we all saw the movie. But what happened after? This brilliant book shows the aftermath of the tragedy, seen through the eyes of a brave, young girl who was on board, on her way to America, to start a new life as a dressmaker. From the minute Tess sets foot on the doomed ship, this is the kind of novel you simply cannot put down and cannot forget.” (Tatiana de Rosnay, author of Sarah's Key and A Secret Kept)
"This is a fascinating premise for a novel as well as a powerful, page-turning read. It's also a very valuable contribution to our understanding of the events surrounding the sinking of The Titanic, and its aftermath." (Isabel Wolff, author of A Vintage Affair)
"It's Titanic revisited, in a romance focused on the survivors and the scandal, seen from the perspective of an aspiring seamstress whose fortunes intertwine with real characters from the epic tragedy....interesting historical facts...an appealing, soulful freshness to this shrewdly commercial offering" ( Kirkus)