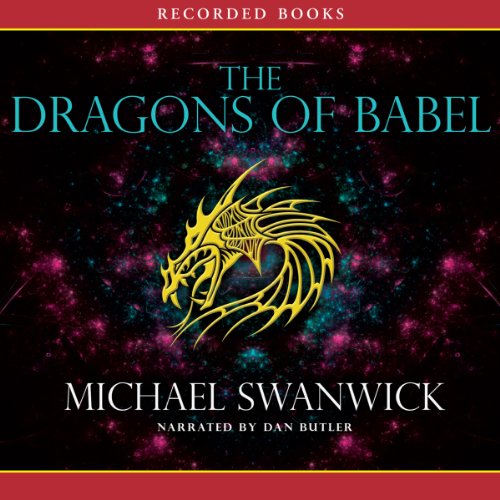 The Dragons of Babel

The Dragons of Babel

Winner of five Hugo Awards, Michael Swanwick is an icon within the fantasy community. In The Dragons of Babel he effortlessly blends magical elements and post-industrial atmosphere to craft a unique and unforgettable tale.

When a mechanical war dragon crash lands in his village and declares itself king, Will le Fey is forced to become its lieutenant. Although he eventually breaks his enslavement, Will is banished by the townspeople, who no longer trust him. While he travels, he befriends a superhuman con artist and an immortal girl with no memory. And when the trio winds up in the extraordinary Faerie metropolis of Babel, Will becomes a champion to the tunnel dwellers below the city.

In a starred review, Publishers Weekly praises this “heady literary stew” and describes it as “modern fantasy at its finest.” Narrator Dan Butler’s reading captures the full scope of Swanwick’s astonishing epic.

“Swanwick continues to turn traditional ideas of Faerie life upside down while remaining true to ancient Celtic Faerie lore. This masterfully written expansion of an iconoclastic vision belongs in all libraries of all sizes.” ( Library Journal)