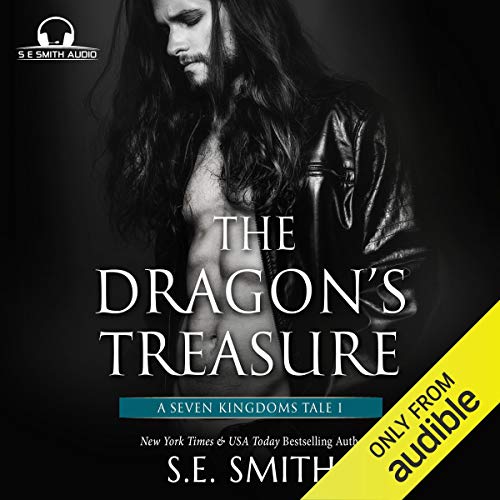 Internationally acclaimed by The New York Times and USA TODAY, best-selling author of science fiction, urban fantasy, and paranormal romance brings another action, adventure, and suspense-filled story to transport listeners out of this world.

Drago, King of the Isle of Dragons, is the last of the magnificent dragons of the Seven Kingdoms. Bitter and alone, he abandons the emptiness of his realm and retreats to the caverns beneath the palace. In the form of his dragon, he remains hidden from the world, protecting the Dragon's Heart, the last legacy of his people - until he is disturbed by a most unlikely thief.

Carly Tate's trip to Yachats State Park takes an unexpected turn, when she is caught in a sudden storm. Seeking shelter, she stumbles through a magical doorway into a cavern filled with treasure! Yet, as incredible as the piles of glittering gold and jewels are, her gaze is transfixed by the slumbering form of a magnificent dragon.

Carly's appearance begins a series of events that will not only change Drago's life, but will affect all of the Seven Kingdoms. Can a centuries old dragon protect his most valuable treasure, or will the evil that destroyed his race take Carly from him as well?

David Brennan must've rolled his eyes so often during this one. I know I did.