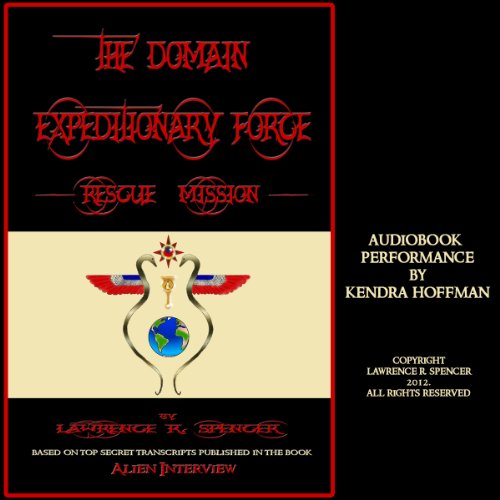 Army Air Force nurse Matilda MacElroy interviewed the pilot of the UFO that crashed at Roswell, NM, in 1947, who revealed that 3,000 members of "The Domain" were attacked and captured by forces of the Old Empire in 5965 BCE. They were given amnesia and sent to Earth to live as humans. The Domain Force deployed a mission to contact and recover these lost personnel from Earth. Amnesia/thought-control mechanisms are installed around Earth to ensure that it remains a secret prison planet under the control of the Brothers of The Serpent.

The Domain desires that all IS-BEs of Earth will eventually be recovered to their natural spiritual state of independence, power, and immortality, as embodied in the Eternally Benevolent Domain, by the principle of "All-Mother", and in the entity of "The Omniscient and Omnipotent Matriarch".

The content of this audiobook is a mission debrief received from Matilda MacElroy, who is now a member of the DEF Rescue Mission, stationed in the asteroid belt surrounding Earth.