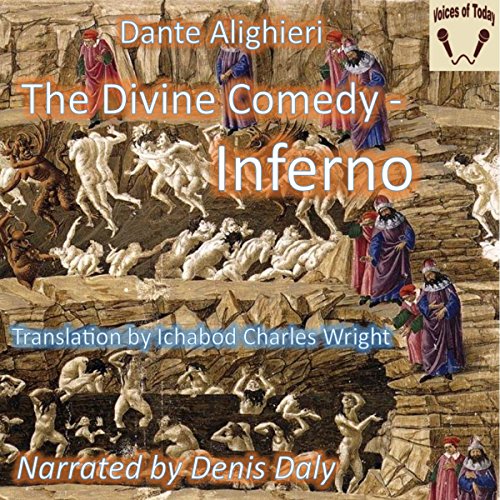 Among the monuments of world literature, few works have been as influential as the Divine Comedy. Dante's compendious allegory of a journey through the world of the afterlife is significant on many levels. It established Italian as a literary language, and consolidated the position of Florentine Italian as the lingua franca of the Italian peninsula. As an engaging portrait of the social and intellectual life in medieval Florence it is unrivalled. Above all, it is a narrative poem of great power, and the richness of Dante's imagery and his vivid and concise descriptions of characters and events, gives the work a compelling immediacy which has not diminished over the centuries. There are many English translations of the Divine Comedy, which vary in both quality of versification and fidelity to the original. The translation by Ichabod Charles Wright is notable for its accuracy and a self-effacing elegance of verbiage. With the translation Wright has also included some explanatory essays, which are very helpful to readers and listeners who are unfamiliar with Dante and his world. Each canto of the poem is also headed with a concise synopsis. The first volume, The Inferno, describes Dante's journey through the underworld, where unrepentent sinners are subjected to eternal punishment, the form of which is dictated by their besetting sin. Unsurprisingly, Dante's haunting vision of Hell has always had greater hold on the public imagination than have his bracing journey through Purgatory or his sojourn among the eclectic delights of Paradise.