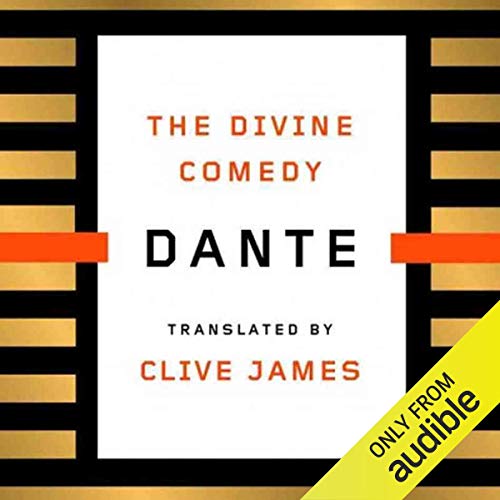 Renowned poet and critic Clive James presents the crowning achievement of his career: a monumental translation into English verse of Dante’s The Divine Comedy.

The Divine Comedy is the precursor of modern literature, and this translation - decades in the making - gives us the entire epic as a single, coherent and compulsively listenable lyric poem. Written in the early 14th century and completed in 1321, the year of Dante’s death, The Divine Comedy is perhaps the greatest work of epic poetry ever composed.

Divided into three books - Hell, Purgatory and Heaven - the poem’s allegorical vision of the afterlife portrays the poet’s spiritual crisis in terms of his own contemporary history, in a text of such vivid life and variety that modern readers will find themselves astounded in a hundred different ways. And indeed the structure of this massive single song is divided into a hundred songs, or cantos, each of which is a separate poetic miracle. But unifying them all is the impetus of the Italian verse: a verbal energy that Clive James has now brought into English.

For its range of emotion alone, Clive James’s poetic rendering of The Divine Comedy would be without precedent. But it is also singled out by its sheer readability. The result is the epic as a page-turner, a work that will influence the way we read Dante in English for generations to come.

The Divine Comedy is performed by Edoardo Ballerini (2013 Audie Award winner, Best Solo Narration - Male), who had this to say about the book and his experience narrating it: "There are literary classics, and then then are those few books that serve as the cultural foundation for all of western civilization. Dante's Divine Comedy is one of those rarified titles. Being asked to narrate such a monumental work was an honor, and one of the highlights of my career, across film, TV, stage and audio. It was a humbling experience, and I only hope this recording inspires listeners to experience this profoundly beautiful work of art in a new, accessible and playful way."

"Narrator Edoardo Ballerini takes Clive James's translation of Dante's classic and breathes fresh life into it.... One particular benefit of Ballerini's performance is that his pronunciation of the very little untranslated Italian vocabulary is spot-on, giving listeners the feeling that their experience is both authentic and impressive." ( AudioFile)