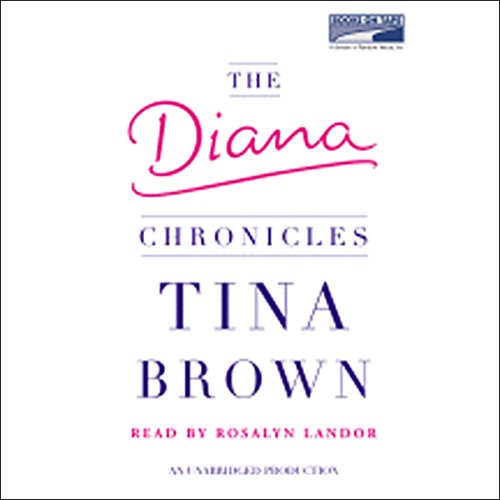 Ten years after her death, Princess Diana remains a mystery. Was she "the people's princess", who electrified the world with her beauty and humanitarian missions? Or was she a manipulative, media-savvy neurotic who nearly brought down the monarchy?

Only Tina Brown, former editor-in-chief of Tatler, England's glossiest gossip magazine, as well as Vanity Fair and The New Yorker, could possibly give us the truth. Tina knew Diana personally and has far-reaching insight into the royals and the Queen.

In The Diana Chronicles, you will meet a formidable female cast and understand as never before the society that shaped them. Among them are Diana's sexually charged mother, her bad-girl sister-in-law, Fergie, and, most formidable of them all, her mother-in-law, the Queen. Add Camilla Parker Bowles, the ultimate "other woman", into this combustible mix, and it's no wonder that Diana broke out of her royal cage into celebrity culture, where she found her own power and used it to devastating effect.

"Tina Brown has produced something that is, as well as absorbing and stirring, witty and penetrating." (Christopher Hitchens)
"A delightfully smart and insightful book that...weaves a compelling human drama into a rich social history." (Walter Isaacson, author of Einstein: His Life and Universe)
"This is not only first-rate biography, but a marvelous social history, and a bitingly accurate portrait of the English upper classes." (Michael Korda, author of Charmed Lives and Ike)