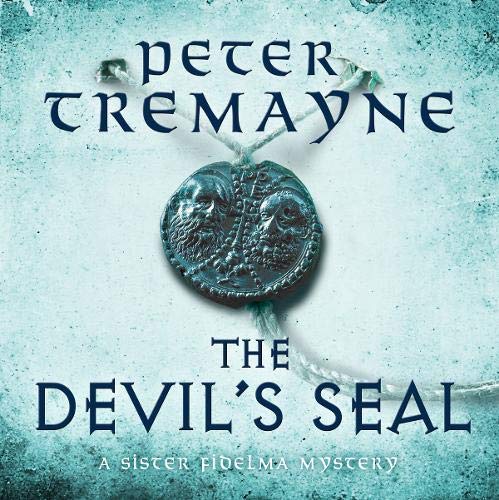 Sister Fidelma must call on all her deductive powers when religious gathering spills over into murder.

Super sleuth Sister Fidelma returns in the 25th historical mystery by Peter Tremayne, acclaimed author of Atonement of Blood, The Seventh Trumpet and many more.

Ireland, AD 671. When a curious deputation of religieux arrive in Cashel, death follows close behind. Sister Fidelma and her companion, Eadulf, seem unable to stem the bloodshed.

Is one of the deputation responsible? What was the Venerable Verax, the scholar from Rome, hiding? Was there an evil secret behind the austere Bishop Arwald? Indeed, what was the real reason behind Eadulf's brother Egric's unexpected appearance at Cashel - could he be the culprit?

Victims and suspects combine to make a tangled skein of mystery more complex and bloody than Fidelma and Eadulf have ever faced.