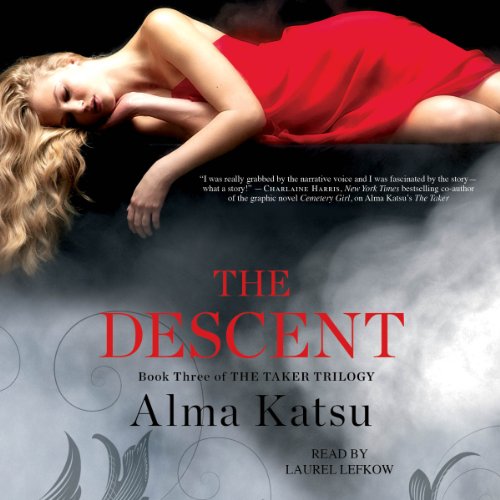 Of all the universe's forces, the most mysterious, confounding, and humbling is the power of love.

Alma Katsu's acclaimed trilogy - a supernatural epic that began with The Taker and sparked a chase around the world in The Reckoning - comes to a stunning conclusion, and brings Lanore McIlvrae to a final encounter with Adair, her powerful nemesis. Dismayed by Adair's otherworldly powers and afraid of his passionate temper, Lanore has run from him across time, even imprisoning him behind a wall for two centuries to save Jonathan, her eternal love. But instead of punishing her for her betrayal, Adair declared his love for Lanore once more and set her free.

Now, Lanore has tracked Adair to his mystical island home to ask for one last favor. The Queen of the Underworld is keeping Jonathan as her consort, and Lanore wants Adair to send her to the hereafter so that she may beg for his release. Will she honor her promise to return to Adair? Or is her true intention to be reunited with Jonathan at any cost?