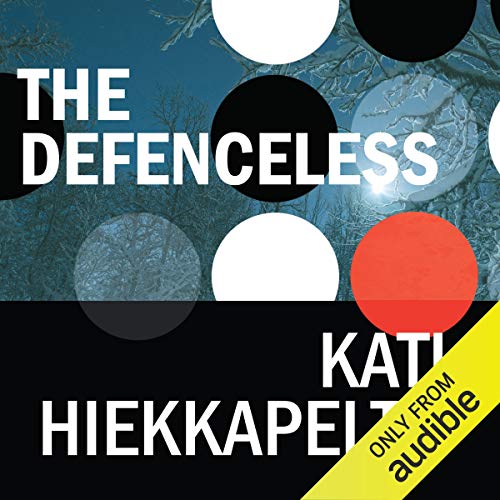 When an old man is found dead on the road - seemingly run over by a Hungarian au pair - police investigator Anna Fekete is certain that there is more to the incident than meets the eye. As she begins to unravel an increasingly complex case, she’s led on a deadly trail where illegal immigration, drugs and ultimately murder threaten not only her beliefs but her life.

Anna’s partner, Esko, is entrenched in a separate but equally dangerous investigation into the activities of an immigrant gang, where deportation orders and raids cause increasing tension and result in desperate measures by gang members - and the police themselves.

Then a bloody knife is found in the snow, and the two cases come together in ways that no one could have predicted. As pressure mounts, it becomes clear that having the law on their side may not be enough for Anna and Esko.

Chilling, disturbing and terrifyingly believable, The Defenceless is an extraordinary, vivid and gripping thriller by one of the most exciting new voices in crime fiction.

Kati Hiekkapelto is a best-selling, award winning author, punk singer, performance artist and, formerly, special-needs teacher. She lives on an old farm (which has been in her family for hundreds of years) on the island of Hailuoto in Northern Finland with her children and sizable menagerie. Here she is currently setting up an asylum for artists in danger.

Hiekkapelto has taught immigrants and lived in the Hungarian region of Serbia, which inspired her to write her highly regarded debut crime novel, The Hummingbird.

"It’s like reading Henning Mankell, when Senior Constable Anna Fekete works on several tricky cases in the icy-cold winter of Northern Finland while contemplating the harshness of life." (Helsingin Sanomat)
"As the plot keeps deepening, Hiekkapelto turns out to be incredibly skilful at carrying off a complicated story...the suspense feels real and the writing flows nicely." (Savon Sanomat)
"Hiekkapelto really treats her readers like royalty. The plot - with all its twists, its humorous yet wise narration - guarantees a perfect reading experience. I’m sorry for the superlatives, but I believe The Defenceless is the Book of the Year for me." (Literary Blog, Rakkaudesta Kirjoihin)