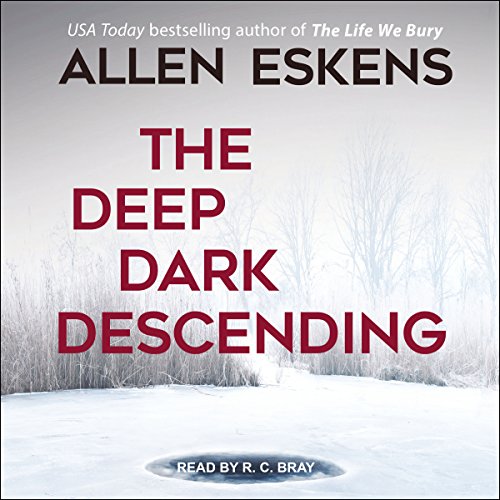 Homicide Detective Max Rupert never fully accepted his wife's death, even when he believed that a reckless hit and run driver was the cause. But when he learns that in fact she was murdered, he devotes himself to hunting down her killers. Most of his life he had thought of himself as a decent man. But now he's so consumed with thoughts of retribution that he questions whether he will take that last step and enact the vengeance he longs for.

On a frozen lake near the US-Canadian border, he wrestles with a decision that could change his life forever, as his hatred threatens to turn him into the kind of person he has spent a career bringing to justice.

"Eskens infuses the old this-time-it's-personal trope with raw urgency, righteous indignation, and enough scorching action to melt every trace of the Minnesota snow in his finest hour to date." ( Kirkus, Starred Review)

This is basically your typical revenge story: cop goes for the murderers of his wife. The non-linear narrative structure and the as always incredibly high-quality narration by R. C. Bray keeps you on your toes.

SPOILER ALERT! SOME PLOT DETAILS WILL BE REVEALED IN THE NEXT SENTENCES!

I was expecting a plot twist at the end, maybe even a bit more corruption in the police department going on and the main character going against all odds "Cop Land" style. Since the main character is almost blind with rage and the murderer is vehemently denying everything in vain, it would be really interesting to see what would happen, if Michail was indeed innocent and Ana was pulling the strings all along. However, the absence of the plot twist is almost a twist in itself. Allen Eskens is able to disorient you right up until the very end and leaves you with a mix of a deranged gratification and a dreadful shiftlessness.