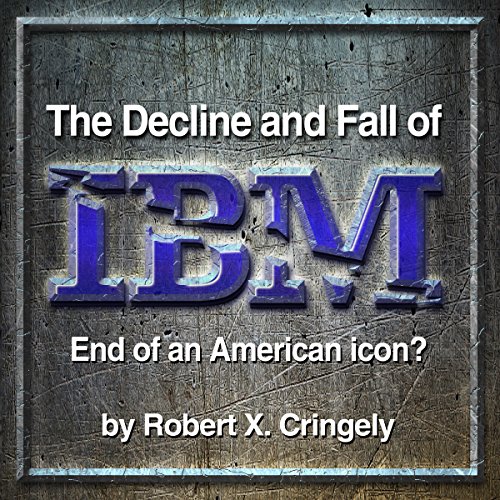 The Decline and Fall of IBM

IBM is in serious trouble. Big Blue, as the company is known, tends to rely for its success on magical thinking but that magic ran out a long time ago. The company got in trouble back in the 1990s and had to hire for the first time an outside CEO, Lou Gerstner, to save the day. Gerstner pushed IBM into services with spectacular results but this hurt the company, too. As services have became commoditized IBM could only compete by offshoring the work and quality suffered. The other negative impact of Gerstner was his compensation which was for the first time in IBM history very high. Only the Watson family had become rich running IBM with later CEOs like John Opel and John Akers living comfortable lives with lots of perks, but they never got BIG RICH. That changed with Gerstner.

Sam Palmisano an IBM lifer followed Gerstner as CEO and followed, too, the Gerstner playbook. Palmisano retired three years ago with a retirement package worth $241 million, replaced by IBM's first woman CEO, Ginni Rometty, who certainly expects a comparable golden parachute. In order to achieve these numbers, though, IBM has essentially sacrificed both its customers and employees. In order to have ever growing earnings per share the company has cut labor to the bone, off-shored everything it can, dropped quality, deliberately underbid contracts to win them then not performed. IBM's acquisition policy is one of buying companies to get their sales then cutting costs to the bone and under-delivering. This and share buybacks have kept earnings growing until this house of cards recently began to fall. Ginni Rometty, who will end up taking the fall for Palmisano's flawed strategy, has stated a very specific earnings goal for 2015 that she will destroy the company to achieve if she must. This book how IBM fell from grace, where it is headed, and what specifically can be done to save the company before it is too late.