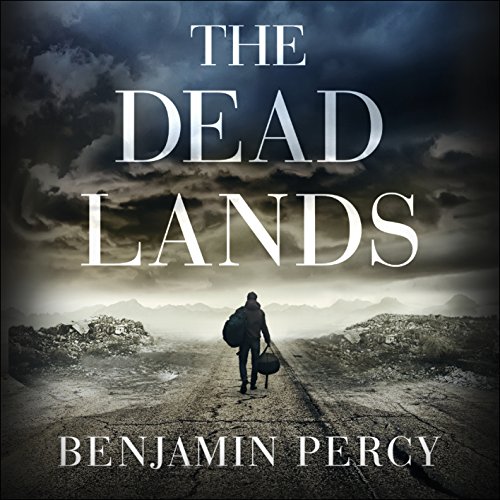 Like Stephen King's The Stand before it, The Dead Lands is an incredible novel set across the sprawling landscape of a nightmarish postapocalyptic American West.

The world we know is gone, destroyed by a virus that wiped out nearly every human on the planet. Some few survivors built walled cities, fortresses to keep themselves safe from those the virus didn't kill...but did change.

Sanctuary. A citadel in the heart of the former United States of America. Hundreds of miles in every direction beyond its walls lies nothing but death and devastation. Everyone who lives in the safety Sanctuary provides knows that.

Until the day a stranger appears. He speaks of a green and fertile land far to the west, a land of promise and plenty, safe from the ruin the virus has wreaked. He has come to lead the survivors away from Sanctuary, to the promise of a new life without walls.

But those who follow him will discover that not everything he says is true.

"Benjamin Percy's The Dead Lands is a case of wonderful writing and compulsive reading. You will not come across a finer work of sustained imagination this year. Good God, what a tale. Don't miss it." (Stephen King)
"The Dead Lands is a bomb-blast of a novel, casting its tremors in every direction. Benjamin Percy's range grows broader with every book he writes. Here he takes a journey across a cataclysmic future American West, sending his band of seekers, scholars, assassins, and explorers through a landscape as dangerous and surreal as it must have seemed to the original Lewis and Clark. Their adventure, like the novel itself, travels far past the frontier, into the deepest and most thrilling of wildernesses." (Kevin Brockmeier, author of The Brief History of the Dead)
"Benjamin Percy is one of the most gifted and versatile writers to appear in American publishing in years... His prose has the masculine power of Ernest Hemingway's, but also the sensibilities and compassion of Eudora Welty. His writing is like a meeting of Shakespeare and rock 'n' roll. Benjamin Percy knows how to keep it in E-major, and what a ride it is." (James Lee Burke, author of Feast Day of Fools)
"With Red Moon one of our most blazingly gifted young writers stakes his claim to national attention. Benjamin Percy has one great advantage over most writers who attempt 'literary horror': he understands the literature of real horror from the inside out, and he speaks it like a native. This is a novel with the power to thrill and transport, also to lead the reader well out of her comfort zone and into emotional territory few people have ever seen." (Peter Straub)