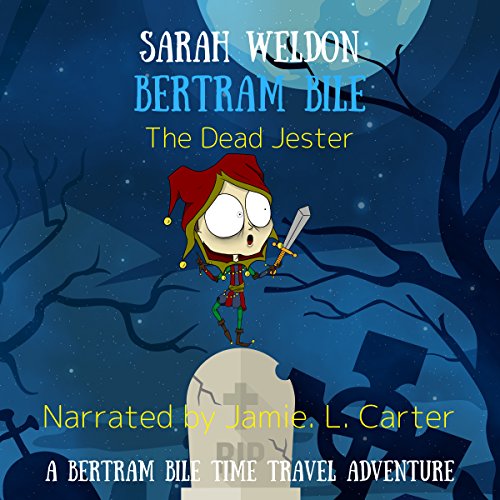 A Bertram Bile time travel adventure, set along the length of the River Thames.

Thorkell was once the most famous court jester in all the land - best friend to King Aethelstan and the man who rallied the troops before every successful battle. He loved nothing more than warming up a crowd ready to receive the king. Things were a bit more tricky these days, what with him being dead and not as handsome looking as he was before he lost his skin and bones.

If only Thorkell could perform for a crowd, just once more, it would mean the world (and the underworld) to him. Is there anything that Bertram and Molly can do to make a jester laugh one more time?

The Dead Jester is the sixth audiobook in the Bertram Bile time travel adventure series, which follows the course of the River Thames from its source in Gloucestershire to the North Sea in Essex. But don't worry if you miss an audiobook or two, you can jump in at any point in the series.

If you enjoy book six, don’t forget to check out the next installment in the series, The Boy Who Was Afraid of the Dark. The Bertram Bile series is based on Sarah Weldon’s real-life expedition as she swims the length of the River Thames from source to sea, visiting the places that inspired the stories. Check out Sarah Weldon’s website for all the behind the scenes of each story and swim. Look out for Sarah’s Libby Lane series too.