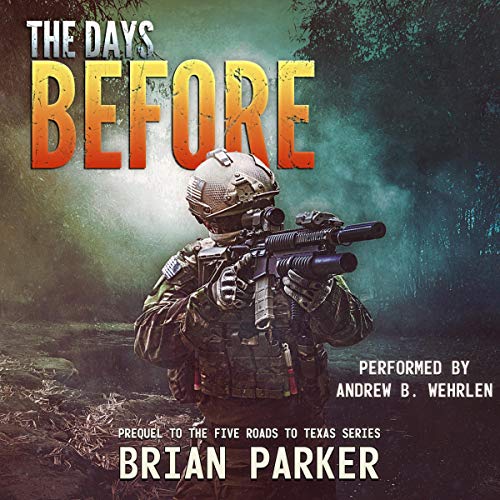 The day of retribution is at hand.

Years before the outbreak, an unexplained illness in the Congo that mimicked different hemorrhagic fevers brought scientists from the CDC to the jungle. Rebels attacked and destroyed all of the data and blood samples before their research was completed. The true nature of the disease remained a secret.

Months before the outbreak, contractors began to build and secure caches of military equipment and supplies across the US. What was their purpose?

Days before the outbreak, everything seemed normal. The public had no idea that terrorist forces planned to unleash a literal hell upon the earth. The US and British intelligence community knew, and sent a covert team to North Korea to try to stop the extinction event before it began. This is their story.

The Days Before is the prequel to the best-selling Five Roads to Texas series written by W.J. Lundy, Rich Baker, Joseph Hansen, Allen Gamboa, AJ Powers, Brian Parker, and JL Bourne. Find out how it all began.