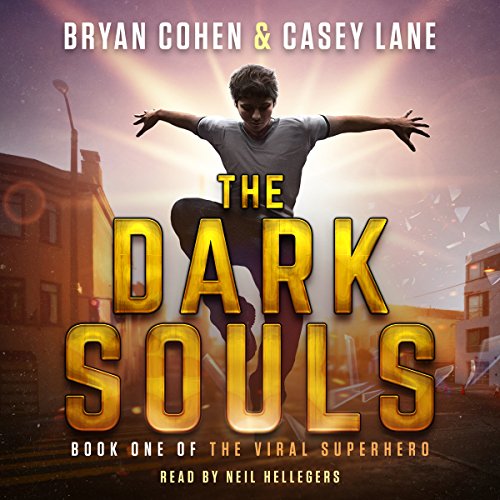 The world's first superhero sensation may not live long enough to become a celebrity....

Ted Finley is your average suburban nerd, but when a group of thugs threaten to kill innocent people, something incredible happens. After he's gifted with superhuman abilities during a seemingly random brunch, Ted quickly transforms from a nobody into a viral video sensation.

Forced to navigate school and life with his newfound powers and fame proves to be difficult. But Ted's biggest challenge lies ahead, because he's not the only one with incredible abilities. Until he can sort out friend from foe, Ted may be the only person who can keep the world safe from total annihilation.

The Dark Souls is the first novel in the action-packed Viral Superhero Series. If you like fast-paced thrillers, witty heroes, and evil villains, then you'll love Bryan Cohen & Casey Lane's high-octane series!