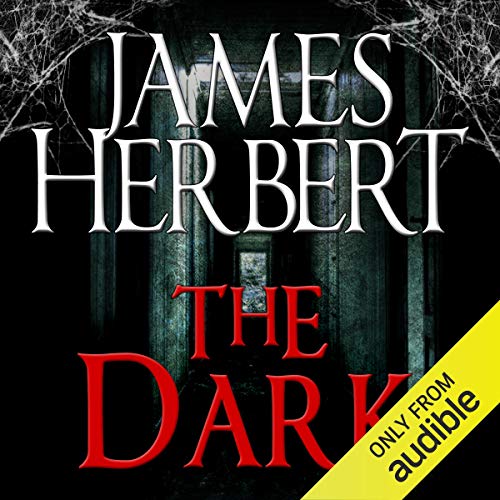 Take the haunting suspense of James Herbert's text, add the chilling timbre of actor, Sean Barrett's voice, and you get an audiobook that must be listened to in one sitting. Long one of Britain's most popular horror writers, James Herbert is at his peak here with The Dark. Similar to his much-celebrated The Fog, the characters in this audiobook are driven to madness and terrifying violence as an amorphous and invisible antagonist descends upon the town. With a sinister performance, Sean Barrett will have listeners frozen over the pause button as the characters try to outlast one of our most primal fears: the dark.

Night falls. It came like a malignant shadow with seductive promises of power. And somewhere in the night...a small girl smiled as her mother burned...asylum inmates slaughtered their attendants...in slimy tunnels once-human creatures gathered. Madness raged as the lights began to fade and humanity was attacked by an ancient, unstoppable evil.

James Herbert was one of Britain's greatest popular novelists and our #1 best-selling writer of chiller fiction. Widely imitated and hugely influential, he wrote 23 novels which have collectively sold over 54 million copies worldwide and been translated into 34 languages. Born in London in the forties, James Herbert was art director of an advertising agency before turning to writing fiction in 1975. His first novel, The Rats, was an instant best-seller and is now recognised as a classic of popular contemporary fiction.

Herbert went on to publish a new top ten best-seller every year until 1988. He wrote six more best-selling novels in the 1990s and three more since: Once, Nobody True and The Secret of Crickley Hall. Herbert died in March 2013 at the age of 69.

"Herbert was by no means literary, but his work had a raw urgency. His best novels, The Rats and The Fog,
"There are few things I would like to do less than lie under a cloudy night sky while someone read aloud the more vivid passages of Moon. In the thriller genre, do recommendations come any higher?" (Andrew Postman, The New York Times Book Review)
"Herbert goes out in a blaze of glory" ( Daily Mail)