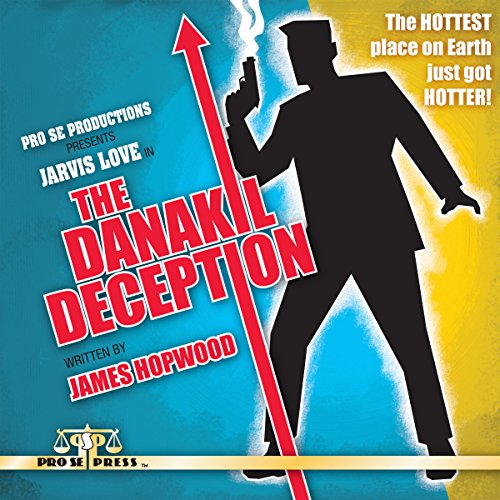 When archaeologists at the Danakil Depression in Ethiopia - the hottest place on Earth - discover a ruby measuring six feet in diameter, the world's scientific community is thrown into a spin. But it's not only scientists who are interested in the discovery. In the wrong hands, the ruby could be used to power a terrifying weapon - a weapon that could change the fate of the world.

Meet Jarvis Love, the young operative assigned to investigate the find. Thrown into a harsh, unforgiving environment, Love finds himself battling a neo-Nazi with a diabolical plot to assassinate the top world leaders in one massive attack. The clock is ticking, and only Love can stop the madman.

Filled with hair-raising action and wild chases, The Danakil Deception is an edge-of-your-seat adventure that harks back to the great spy novels of the sixties, but infused with the high-octane punch of a modern thriller.