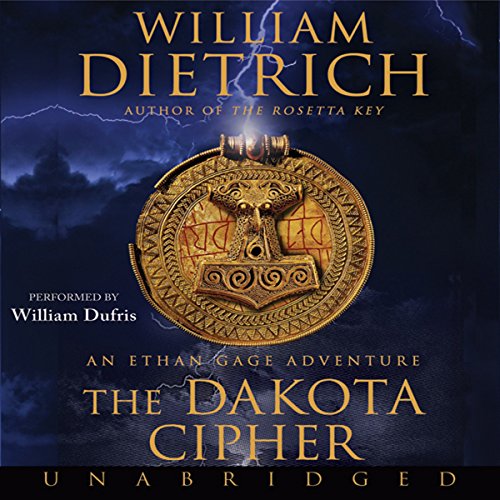 William Dietrich is back with another fast-paced new adventure - one that brings together Norse mythology, the American wilderness, and a swashbuckling explorer.

Ethan Gage, the hero of Napoleon's Pyramids and The Rosetta Key, just wants to enjoy the fruits of victory after helping Napoleon win the Battle of Marengo and end an undeclared naval war with the United States. But a foolish tryst with Bonaparte's married sister and the improbable schemes of a grizzled Norwegian named Magnus Bloodhammer soon send Ethan on a new treasure hunt on America's frontier that will have him dodging scheming aristocrats and hostile Indians.

In 1801, newly elected-president Thomas Jefferson, taking office in the burgeoning capital of Washington, D.C., convinces Ethan and Magnus to go on a scouting expedition - one that precedes that of Lewis and Clark - to investigate reports of woolly mammoths and blue-eyed Indians. The pair have their own motive, however, which they neglect to share with the president: a search for the mythical hammer of the Norse god Thor, allegedly brought by fugitive Norsemen to the center of North America 150 years before Columbus.