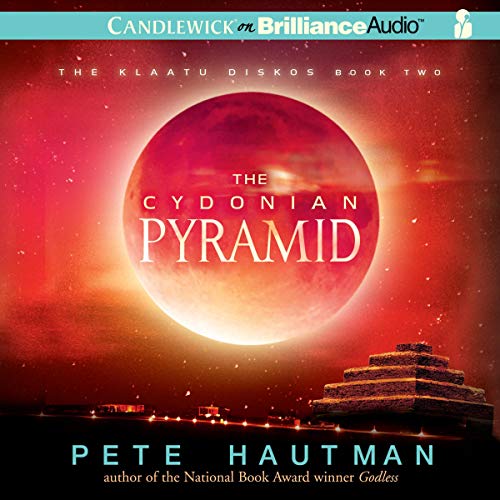 More than half a millennium in the future, in the shadow of the looming Cydonian Pyramid, a pampered girl named Lah Lia has been raised for one purpose: to be sacrificed through one of the mysterious diskos that hover over the pyramid’s top. But just as she is about to be killed, a strange boy appears from the diskos, providing a cover of chaos that allows her to escape and launching her on a time-spinning journey in which her fate is irreversibly linked to his.The second book in the Klaatu Diskos trilogy, The Cydonian Pyramid continues the story of the enigmatic girl who changed Tucker Feye’s life, returning listeners to the terrifying, thrilling, and elusive worlds found in the diskos.