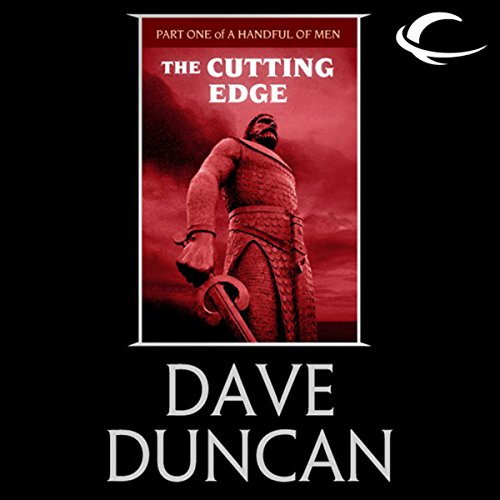 Beautiful Queen Inos married the loyal stableboy Rap and made him her king. They were very much in love, and they lived happily ever after.

Fifteen years went by. Rap and Inos were comfortable, secure, and truly happy, raising their family in the little backwater kingdom of Krasnegar, well removed from the hurly-burly of great affairs....

But in far-off Hub, the old Imperor's health - and, some said, his sanity - deteriorated inexorably. The borderlands were seething, Prince Emshandar - or Shandie, as Rap knew him - found himself leading his grandfather's armies into terrible battles where victory and justice hung in gravest doubt.

And now the end of the millennium was at hand, ushered in by prophecies of cataclysmic upheaval on a scale never before imagined. All across Pandemia, sensible people tried to dismiss a growing sense of unease as superstitious nonsense.

Then a God appeared to Rap and warned him that the prophecies spoke the least of the truth. Devastation was a certainty; total destruction loomed. The very fabric of the world was at risk. And it was all Rap's fault.

The lasting in the world Rap had wanted was another adventure. And it might be the last thing he would ever get.