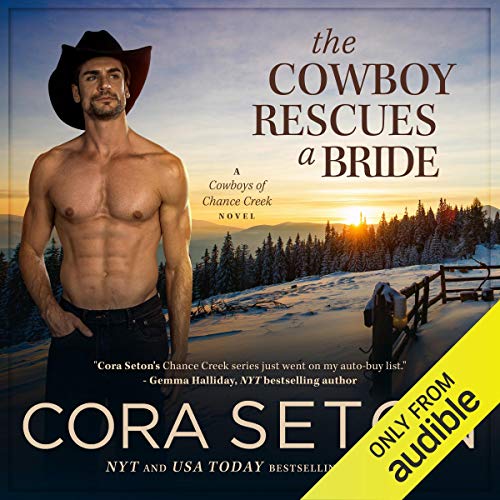 The Cowboy Rescues a Bride

The Cowboy Rescues a Bride

Ned Matheson knows Fila Sahar has been to hell and back after being held captive by the Taliban for over a decade. She's lost her parents, her home, and 10 years of her life. Now she's safely back on American soil, but her fears have her so hemmed in, she might as well be a prisoner again. Ned knows he can't date her, let alone marry her, until she's regained her courage. He's confident he's found the perfect solution - he'll get her a restaurant she can call her own.

Fila cares for Ned more than she can say, and she's grateful for the home he's given her on his family's ranch, but before she can give her heart to any man, she has to find the courage to reenter society. When Ned surprises her with his perfect solution - the restaurant he's leased and renovated in her name - she doesn't know how to tell him she can't imagine being brave enough to ever run it. So when Ned's father sends him out of town to check on the family's remote hunting cabin, she's grateful for the delay.

Ned knows his father wants to split him and Fila up, so there's no way he's leaving town without taking her along. But when they reach the cabin, a savage twist of fate will turn the tables on both of them. Ned will learn what it's like to be helpless. Fila will have to find the courage she lost years ago. Can they survive the weekend? Or will this trip be their last?