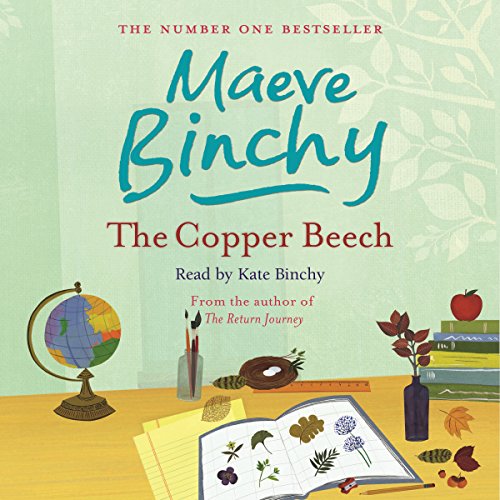 By the school house at Shancarrig stands a copper beech, its bark scarred with the names and dreams of the pupils who have grown up under its branches.

Under Junior Assistant Mistress Maddy Ross's careful gaze the children play, but out of school Maddy's gaze lingers where it shouldn't. Maura Brennan, a bundle of fun from the rough end of town, plays with her pals: leap year baby Eddie Barton, the apple of his mother's eye, and Nessa Ryan, who little realises as she carves his name at the roots of the copper beech on the very last day of school that she'll get a lot more from one of her schoolmates than her first shy kiss.

The Copper Beech is the gateway to Maeve Binchy's marvellous portrait of a small Irish town whose untroubled surface conceals the passions, rivalries, friendships, ambitions and jealousies beneath.

Before I have read the book, I thought maybe it is boring, because of the little village.
But as all the books from Maeve Binchy it is not boring. Every single story within the whole story is interesting and also exiting. I like to hear this audiobooks while car driving.