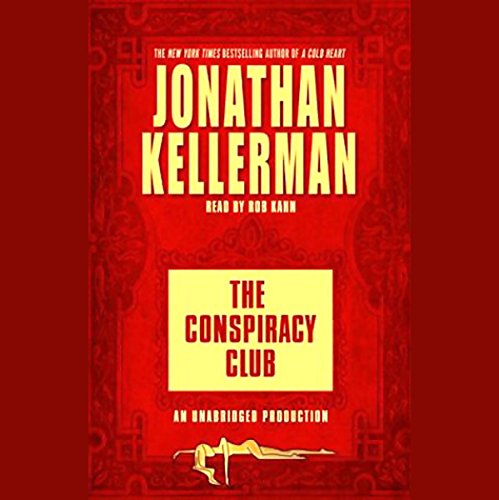 When his brief, passionate romance with nurse Jocelyn Banks is cut short by her kidnapping and brutal murder, Dr. Jeremy Carrier is left emotionally devastated, haunted by his lover's grisly demise and warily eyed by police still seeking a prime suspect in the unsolved slaying. To escape the pain, he buries himself in his work as staff psychologist at City Central Hospital, only to be drawn deeper into a waking nightmare when more women turn up murdered in the same gruesome fashion as Jocelyn Banks...and the suspicion surrounding Jeremy intensifies. Now, the only way to prove his innocence and put his torment to rest is to follow the trail of a cunning psychopath.

Spurring on Jeremy's investigation is Dr. Arthur Chess, an enigmatic pathologist who specializes in examining the dead, but harbors a keen fascination with the darker deeds committed by the living. Arthur draws Jeremy into an unexpected friendship, and into the confidence of a cryptic society devoted to matters unknown and unspoken. When he suddenly slips away, Jeremy is left to contend with an onslaught of anonymous clues and the growing realization that a harrowing game of cat and mouse has been set in motion.

But who besides Jeremy is playing? And who is making the rules? Before the killer strikes again, Jeremy races to connect the disturbing puzzle pieces being fed to him. Yet his search for answers only seems to yield more questions. And deepening the mystery is the undeniable presence of someone watching it all, and guiding Jeremy's investigation from behind the scenes. As the game intensifies, Jeremy must decide if a secret ally is setting him on the right path...or a sadistic enemy is setting him up for a fate far beyond even the most twisted imagination.

"Turn the page and you're hooked." (The New York Times Book Review)
"A gripping, intricately plotted...novel of psychological suspense...Kellerman is a master at building character and slowly unfolding events, divulging just the right amount of information." (Publishers Weekly)
"Quick-witted...full of both well-handled innuendo and strongly visual drama." (The New York Times)