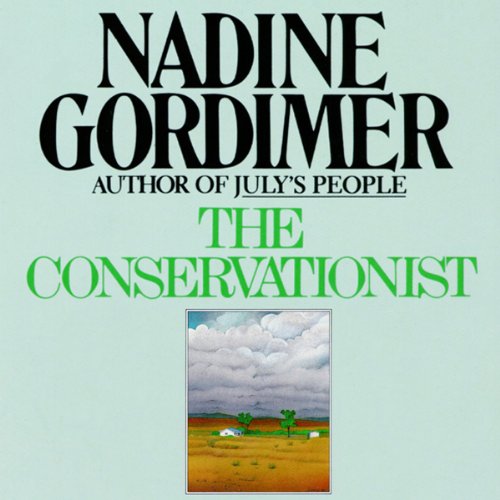 Mehring, a rich, powerful and vital industrialist, has all the privileges and possessions that South Africa has to offer. But his possessions refuse to remain objects: his wife, son, and mistress leave him; his foreman and workers become increasingly indifferent to his stewardship; and even the land rises up, as drought, then flood, destroy his farm.

Nadine Gordimer, winner of the 1991 Nobel Prize in Literature, paints a fascinating portrait of a man both reckless and calculating, a “conservationist” left only with the possibility of self-preservation, in this subtle and detailed study of the forces and relationships that seethe in South Africa today. Joint winner of the Booker Prize.

“Gordimer has written what must be considered her masterpiece. The beauty and largeness of this land she loves is drawn with a breadth and scope that is breathtaking.” ( St. Louis Post-Dispatch)
“Nadia May assumes different accents with complete authority. The listener is literally transported to the South African veldt.” ( Library Journal)
“This is a novel of enormous power.” ( New Statesman)