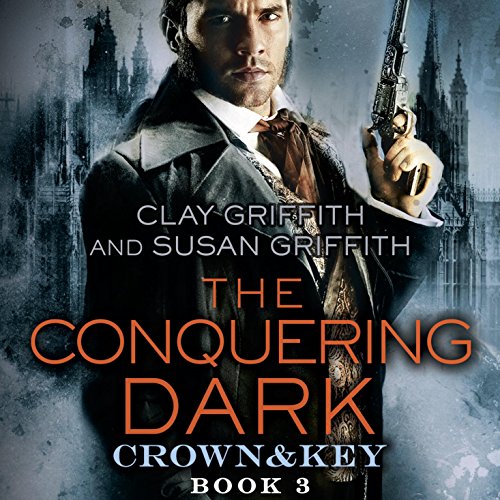 The Crown and Key Society face their most terrifying villain yet: Gaios, a deranged demigod with the power to destroy Britain.

To avenge a centuries-old betrayal, Gaios is hell-bent on summoning the elemental forces of the Earth to level London and bury Britain. The Crown and Key Society, a secret league consisting of a magician, an alchemist, and a monster hunter, is the realm's only hope - and to stop Gaios, they must gather their full strength and come together as a team, or the world will fall apart.

But Simon Archer, the Crown and Key's leader and the last living magician-scribe, has lost his powers. As Gaios searches for the Stone of Scone, which will give him destructive dominion over the land, monster-hunter Malcolm MacFarlane, alchemist extraordinaire Kate Anstruther, gadget geek Penny Carter, and Charlotte the werewolf scramble to reconnect Simon to his magic before the world as they know it is left forever in ruins.