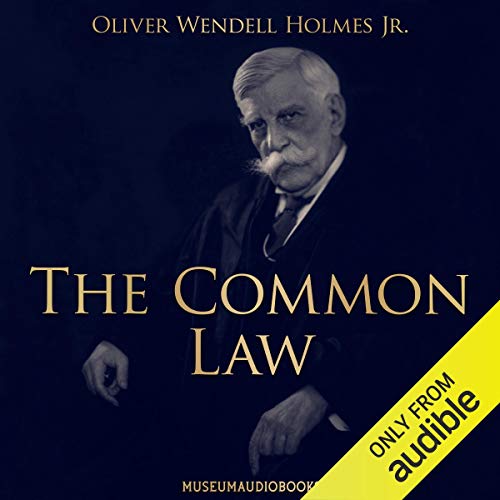 Oliver Wendell Holmes, Jr. (1841-1935) is generally considered one of the two greatest justices of the United States Supreme Court. In more than 2000 opinions, he delineated an impressive legal philosophy that profoundly influenced American jurisprudence, particularly in the area of civil liberties and judicial restraint.

In The Common Law, derived from a series of lectures delivered at the Lowell Institute in Boston, Holmes systematized his legal doctrines. The result is an timeless classic. Beginning with historical forms of liability, the work proceeds to discussions of criminal law, torts, bails, possession and ownership, contracts, successions and various other aspects of civil and criminal law.

First published in 1881, the book is indispensable listening for lawyers, political scientists, and historians. A famous aphorism to be drawn from The Common Law appears in the first few minutes: "The life of the law has not been logic: it has been experience."