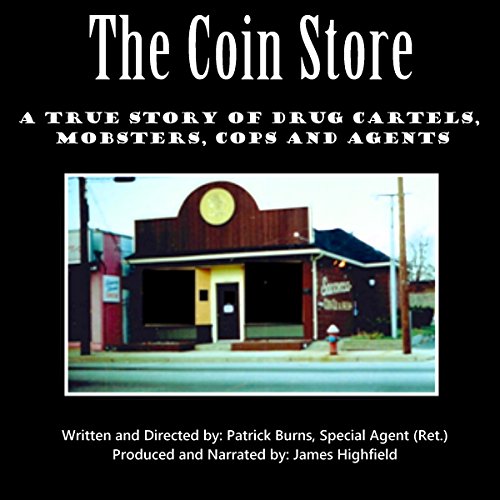 Pablo Escobar was the King of Cocaine, the wealthiest and most violent criminal in the world. By the 1980s his Medellin Drug Cartel was responsible for smuggling several tons of cocaine into America each and every day. The end result was hundreds of millions of dollars in cash profits.

In response, the Money Laundering Act of 1986 was created. As US Agents became more efficient at finding his dirty cash, stashed inside ship bellies and truck beds at American borders, Pablo and other Cartel leaders sought a more efficient method to get their money back to Colombia.

They found it in an unlikely place, a dusty back room of a tiny, rare coin shop in the small town of Cranston, Rhode Island. The shop owner was a young, local mobster who had already been laundering much of the Italian Mob's stolen gold. With a few minor adjustments, his coin shop evolved into a springboard for a new venture, a billion-dollar Cartel money laundering scheme. The Italian Mafia's stolen gold was used to dispose of the Colombian Cartel's dirty cash. It was the perfect scheme, brilliant. As his customer base grew, the young mobster, known as Fat Man, AKA Mr. Cash, set up a string of phony gold shops crisscrossing America. The end result was one of the world's largest, most efficient money laundering networks.

This is the true story of how it happened, a step-by- step view of how the scheme worked and how it was ultimately uncovered.

It was unlikely that Fat Man, a small town gangster, would ever become an international money launderer for Colombian Drug Lords. More unlikely was the fact that it took a rookie agent to uncover the scheme. While Fat Man relished a life of crime, I had dreamed of becoming an agent. My first assignment was to follow a lead, a cash deposit at a local bank. It was originally considered to be a dead end, "keep busy work" for the office rookie. That changed when I followed the lead to Fat Man's Coin Store.