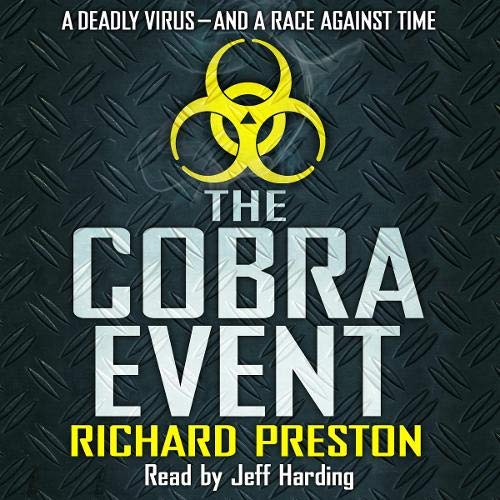 A deadly virus - and a desperate race against time.

One spring morning in New York City a 17-year-old student wakes up feeling vaguely ill. Hours later she is having violent seizures, blood is pouring out of her nose and she begins to attack her own body in the most hideous way imaginable.

Soon, other gruesome deaths of a similar nature have been discovered, and the autopsies reveal that a previously unknown virus is at large. It replicates horribly fast, it is always fatal - and is just too efficient to be entirely natural.

When the Centre for Disease Control sends a forensic pathologist to investigate, her discoveries precipitate a national crisis.

The Cobra Event is a dramatic, heart-stopping thriller of an all-too-real threat.

"One of the most horrifying things I've ever read in my entire life." (Stephen King)