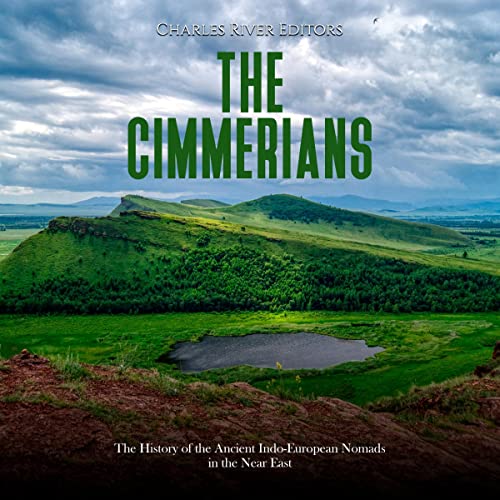 The Cimmerians: The History of the Ancient Indo-European Nomads in the Near East

The early first millennium BCE was a time of great change and turmoil in the Near East and Eastern Europe. Many of the Bronze Age empires had collapsed, but in their place came new ones in Assyria, Persia, and Babylon, as well as a rejuvenated Egypt. Other peoples also began to enter the historical record and assert themselves. In the wake of the Sea Peoples destruction in Anatolia, the Lydians and Phrygians established powerful kingdoms, and by the 8th century BCE the Greek city-states had formed and the Greeks began establishing colonies along the western coast of Anatolia. Farther to the north in Europe, the Celts were the dominant people, establishing their cultural dominance over most of the continent by the 6th century BCE, while the Scythians and other peoples in what is today Ukraine began to migrate into Anatolia and the Near East.

As the warlike Scythians moved south, they pushed another people known as the Cimmerians south into Assyria and Anatolia, resulting in more destruction and chaos and altering the course of history over the next several centuries. The Cimmerians present historians with many dilemmas because a fair amount is known about them for an approximate 200 year period, but little else before or after that time. It is known the Cimmerians had a major impact on the Assyrians, Lydians, and the people of Uratu in the seventh and sixth centuries BCE, as evidenced by the numerous texts that testify to their ability to level cities and spread fear across the land. At the same time, however, little is known about the Cimmerians’ origins, other than that they probably originated somewhere north of the Caucasus Mountains and were probably Indo-Europeans.

The eventual fate of the Cimmerians is equally mysterious, because from the historical record, it seems as though the Cimmerians vanished after the Lydian Kingdom collapsed. Since they were rarely mentioned after that point in time, some historians have associated them with the Scythians, who are better known and had an identifiable material culture. While the two groups may have been closely related and often did share the same geographic regions, they did not usually do so at the same time. Thus, even if it appeared at first glance that the Cimmerians were completely indistinguishable from the Scythians, a deeper examination reveals the Cimmerians were indeed a separate culture.

Unlocking the mystery of the Cimmerians’ origins is crucial, and a complete understanding of the group is impossible without it, but there is plenty more to their story. The Cimmerians found themselves struggling amidst a chaotic power balance in the turbulent Near East, and they left a notable influence on it themselves before the records about them went silent.

Das sagen andere Hörer zu The Cimmerians: The History of the Ancient Indo-European Nomads in the Near East