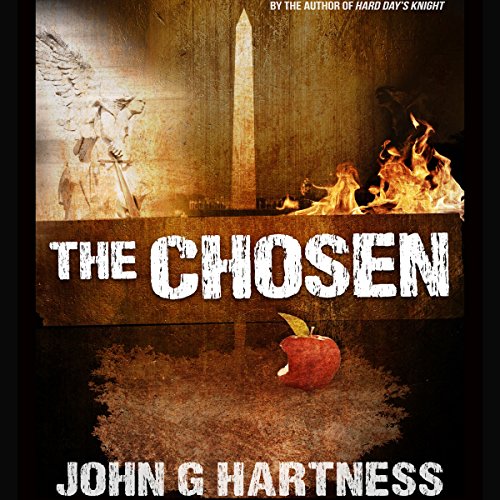 What do you get when you mix a couple of immortals, a snotty archangel, the Father of Lies, a redneck street preacher and a couple of wiseass waitresses from Texas?

You get a cross-country road trip to save the world, of course!

Adam (yeah that Adam) has been around for a long time, but even he's never seen anything like this. He has to gather his ex-girlfriend and his youngest daughter with his ex-wife (you remember Eve, right?) and his oldest surviving son (Cain) and get them across the country for a meeting with Archangel Michael and Lucifer to determine the fate of the world.

Along the way there are strip clubs, cheap beer, expensive whiskey, biker bar fights, shotgun blasts in motel parking lots, sing-alongs in public parks and other wild adventures as our group of intrepid immortals and universal icons travel to save the world.

The Chosen is the first novel from best-selling fantasy novelist John G. Hartness. A wild comic ride through biblical genre-bending, The Chosen is as funny as it is probing. With characters pulled from the pages of the Bible and from everyday life, The Chosen takes a hard look at what happens when the divine becomes the everyday.