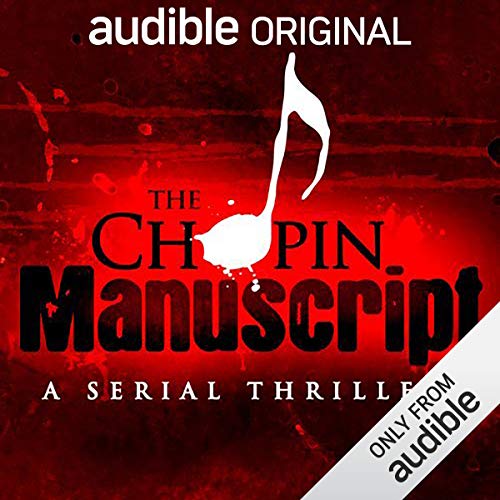 Former war crimes investigator Harold Middleton possesses a previously unknown score by Frederic Chopin. But he is unaware that, locked within its handwritten notes, lies a secret that now threatens the lives of thousands of Americans. As he races from Poland to America to uncover the mystery of the manuscript, Middleton will be accused of murder, pursued by federal agents, and targeted by assassins. But the greatest threat will come from a shadowy figure out of his past: the man known only as Faust.

The Chopin Manuscript is a unique collaboration by 15 of the world's greatest thriller writers. Jeffery Deaver conceived the characters and set the plot in motion; the other authors each wrote a chapter in turn. Deaver then completed what he started, bringing The Chopin Manuscript to its explosive conclusion.

"Innovative and unique, The Chopin Manuscript, written by masters in the field of thrillers, is far more than the sum of its parts. Here each author shines, blending individual skill and energy, into a riveting, crackling-paced tapestry of murder, mystery, and mayhem. Not to be missed!" (James Rollins, author of The Judas Strain)
"A GREAT story, written by one GREAT author after another, in one GREAT chapter after another. A stellar achievement of collectivity that blows from the starting gate at 100 mph and never slows down. A thrill-a-page from 15 GREAT thriller masters. Don't miss this one." (Steve Berry, author of The Venetian Betrayal)