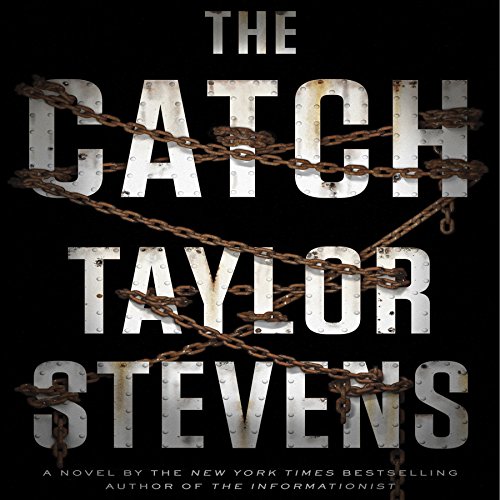 Vanessa Michael Munroe, the informationist, chameleon, and hunter who has built her life on a reputation for getting things done - often dangerous and not-quite-legal things - returns in this new novel from the New York Times best-selling series by Taylor Stevens.

In the wake of going head-to-head with international sex traffickers in The Doll, Munroe has retreated to Djibouti, where, while passing as a man, she finds work as an interpreter for a small, private, maritime security company. Pressed into duty at sea by her boss, Leo, Munroe discovers she is part of a gunrunning operation and she wants no part in protecting the crew or cargo. When the ship is attacked by pirates off the Somali coast, Munroe escapes and takes the unconscious captain with her to get answers. Leo's wife, Amber Marie, the only person Munroe has cared about since she arrived in Africa, is desperate when Leo goes missing along with the rest of the hijacked crew, so Munroe agrees to try to find him for Amber Marie's sake. She soon realizes it's not the cargo or the ship or the crew that the hijackers were after: They want the captain. On the run, wounded, without connections or resources, and with the life of the captain as bait and bartering chip, Munroe believes that the only way to save Leo, assuming he's still alive, is to hijack the ship back.

"This action-adventure thriller moves along at breakneck speed with the requisite violence peppering most of the pages. Munroe is a smart, fiercely strong, yet damaged woman in the vein of Lisbeth Salander, and she could hold her own with Robert Ludlum's Jason Bourne or Barry Eisler's Rain. For fans of high-energy action." ( Booklist)