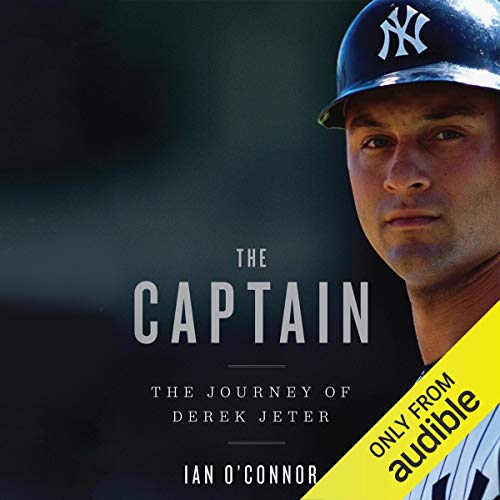 Every spring, Little Leaguers across the country mimic his stance and squabble over the right to wear his number, 2, the next number to be retired by the world’s most famous ball team. Derek Jeter is their hero. He walks in the footsteps of Ruth, Gehrig, DiMaggio, and Mantle, and someday his shadow will loom just as large. Yet he has never been the best player in baseball. In fact, he hasn’t always been the best player on his team. But his intangible grace and Jordanesque ability to play big in the biggest of postseason moments make him the face of the modern Yankee dynasty, and of America’s game.

In The Captain, best-selling author Ian O’Connor draws on extensive reporting and unique access to Jeter that has spanned some 15 years to reveal how a biracial kid from Michigan became New York’s most beloved sports figure and the enduring symbol of the steroid-free athlete. O’Connor takes us behind the scenes of a legendary baseball life and career, from Jeter’s early struggles in the minor leagues, when homesickness and errors in the field threatened a stillborn career, to his heady days as a Yankee superstar and prince of the city who squired some of the world’s most beautiful women, to his tense battles with former best friend A-Rod. We also witness Jeter struggling to come to terms with his declining skills and the declining favor of the only organization he ever wanted to play for, leading to a contentious contract negotiation with the Yankees that left people wondering if Jeter might end his career in a uniform without pinstripes.

Derek Jeter’s march toward the Hall of Fame has been dignified and certain, but behind that leadership and hero’s grace there are hidden struggles and complexities that have never been explored, until now. As Jeter closes in on 3,000 hits, a number no Yankee has ever touched, The Captain offers an incisive, exhilarating, and revealing new look at one of the game’s greatest players in the gloaming of his career.