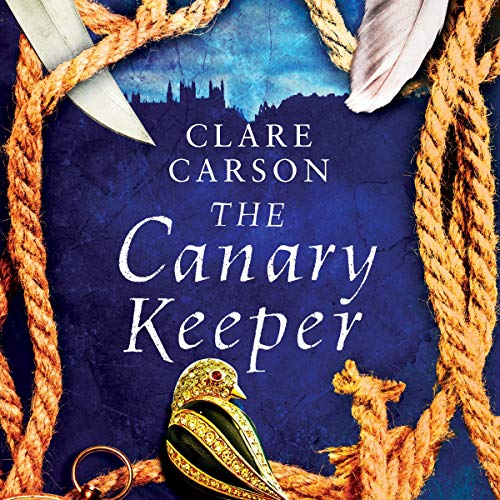 In the grey mist of the early morning a body is dumped on the shore of the Thames by a boatman in a metal canoe. The city is soon alive with talk of the savage Esquimaux stalking Victorian London and an eyewitness who claims the killer had an accomplice: a tall woman dressed in widow's weeds, with the telltale look of the degenerate Irish.

Branna 'Birdie' Quinn had no good reason to be by the river that morning, but she did not kill the man. She'd seen him first the day before, desperate to give her a message she refused to hear. And now the Filth will see her hang for his murder, just like her father.

To save her life, Birdie must trace the dead man's footsteps. Back onto the ship that carried him to his death, back to cold isles of Orkney that sheltered him and up to the far north, a harsh and lawless land which holds more answers than she looks to find....

The Canary Keeper is a must-listen historical epic, weaving suspense, adventure and romance into an exhilarating thriller.