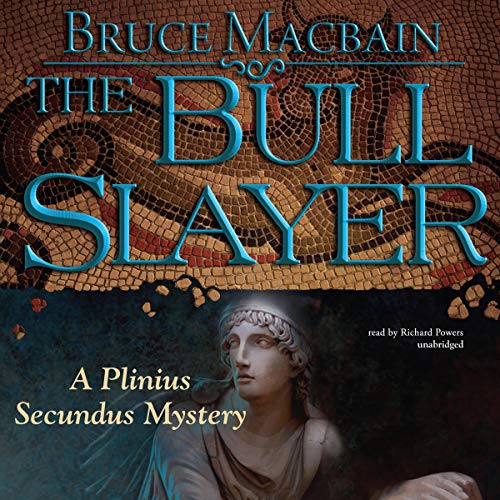 Sometimes murder is only a distraction from the real betrayal.

Pliny, a respectable young senator and lawyer, is the newly appointed governor of Bithynia, a turbulent frontier province rotting with corruption and seething with hatred of Rome. When a high Roman official is found murdered on a desolate hillside miles from the capital, Pliny must untangle numerous threads in the investigation, including a barbarian god whose devotees may include a murderer, a clever and unscrupulous faith healer who knows everyone’s secrets, and a boy who struggles toward manhood though stricken with the "sacred disease".

But as Pliny pursues one baffling lead after another, he is being betrayed where he least expects it. His beautiful wife, neglected and lonely in an alien city, falls desperately in love with a handsome young provincial, and the affair threatens to bring not only pain but ruin to Pliny’s career.

"Macbain’s love of the ancient world is manifest on every page of The Bull Slayer, and his choice of a sleuth is inspired.... The result is a highly atmospheric and absorbing murder mystery that builds to an earthshaking climax." (Steven Saylor, author of Roman Blood)