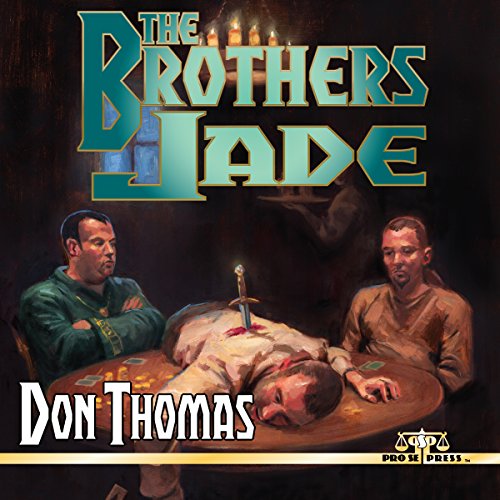 The world of Mythas is in transition. The old gods are near forgotten and a palpable tension hangs in the air. This is especially apparent to two young magic-casting brothers, Lawrence and Hesikiah, raised by a father who was a War Mage of the highest caliber and a mother whose shrewd diplomacy helped to forge the alliances of the five great nations to the West. Even with a lineage such as this, neither brother could have imagined the role they and the other valiant heroes soon to join them would play on the world stage. Or that their coming had been foretold in a series of ancient prophecies.

Pro Se Productions presents The Brothers Jade, an exciting tale of fantasy and magic by author Don Thomas. Set on the landscape of his own imagination, Thomas creates a cast of characters that not only stand sword to shield with other fantasy creations, but also carry humanity in their every action. The Brothers Jade is as much a story of family and heroism and loyalty as it is of monsters, mages, and battle. Both a quest tale and a rousing adventures, The Brothers Jade brings out another aspect that is often overlooked in fantasy works. It is also a coming of age tale sat against the stark backdrop of intrigue and adventure, action and danger. A rousing adventure for any fan of Fantasy. The Brothers Jade by Don Thomas from Pro Se Productions, the leader in New Pulp and Genre Fiction.