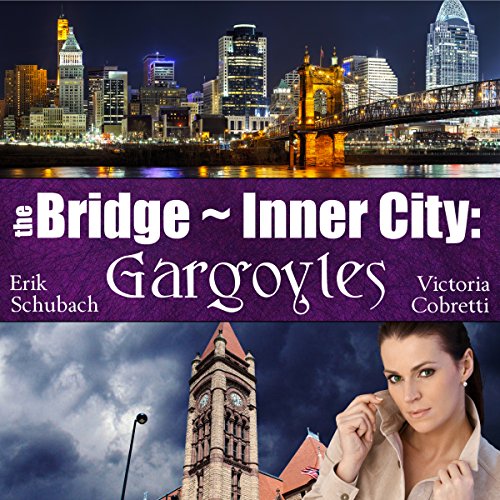 Nearly a year after the dramatic events at the Roebling Suspension Bridge, the otherworldly citizens of Cincinnati are settling into the new state of affairs. O'Flanagan's has become the hub of fae activity in the area, under the watchful eye of troll Evangeline Kane. But other sentinels of the city also frequent the bar, including gargoyle Kalila Storm.

When a string of robberies threatens mortals and fae alike, Kalila and her partner, Declan, must track down those responsible. But just when they think they've uncovered the truth, they find that the web of deceit stretches even farther than they could ever have imagined. And as if that wasn't enough, Kalila is at war with herself over her inexplicable new attraction to a mortal woman.

This book is set in the same universe as The Bridge series by Erik Schubach.