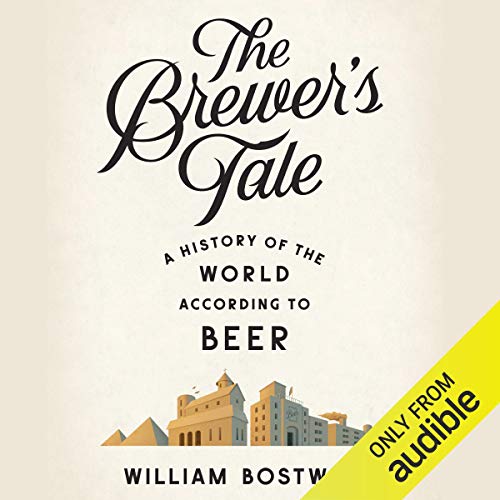 Winner of 2014 US Gourmand Drinks Award

Taste 5,000 years of brewing history as a time-traveling home brewer rediscovers and re-creates the great beers of the past.

The Brewer's Tale is a beer-filled journey into the past: the story of brewers gone by and one brave writer's quest to bring them - and their ancient, forgotten beers - back to life, one taste at a time. This is the story of the world according to beer, a toast to flavors born of necessity and place - in Belgian monasteries, rundown farmhouses, and the basement nanobrewery next door. So pull up a barstool and raise a glass to 5,000 years of fermented magic.

Fueled by date-and-honey gruel, sour pediococcus-laced lambics, and all manner of beers between, William Bostwick's rollicking quest for the drink's origins takes him into the redwood forests of Sonoma County, to bullet-riddled South Boston brewpubs, and across the Atlantic, from Mesopotamian sands to medieval monasteries to British brewing factories. Bostwick compares notes with the Mt. Vernon historian in charge of preserving George Washington's molasses-based home brew, and he finds the ancestor of today's macrobrewed lagers in a nineteenth-century spy's hollowed-out walking stick.

Wrapped around this modern reportage are deeply informed tales of history's archetypal brewers: Babylonian temple workers, Nordic shamans, patriots, rebels, and monks. The Brewer's Tale unfurls from the ancient goddess Ninkasi, ruler of intoxication, to the cryptic beer hymns of the Rig Veda and down into the clove-scented treasure holds of India-bound sailing ships. With each discovery comes Bostwick's own turn at the brew pot, an exercise that honors the audacity and experimentation of the craft. A sticky English porter, a pricelessly rare Belgian, and a sacred, shamanic wormwood-tinged gruit each offer humble communion with the brewers of yore.