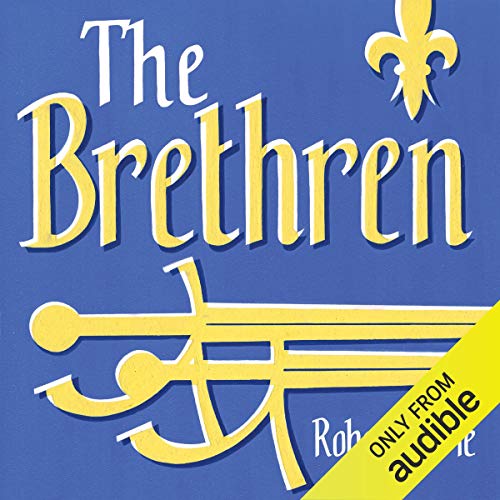 The Perigord of 16th-century France is a wild region on the edge of the reaches of royal authority - its steep, forested valleys roamed by bands of brigands and gypsies, its communities divided by conflict between Catholics and converts to the new Protestant faith, the Huguenots.

To this beautiful but dangerous country come two veterans of the French king's wars, Jean de Siorac and Jean de Sauveterre, The Brethren - as fiercely loyal to the crown as they are to their Huguenot religion. They make their home in the formidable chateau of Mespech, and the community they found prospers, but they are far from secure - religious civil war looms on the horizon, famine and plague stalk the land, and The Brethren must use all their wits to protect those they love from the chaos that threatens to sweep them away.

The Brethren is the first volume in the epic historical drama Fortunes of France - a lusty, exhilarating blend of adventure and romance set against the backdrop of a critical period in European history.

Robert Merle (1908-2004) was born in French Algeria, before moving to mainland France in 1918. Originally an English teacher, Merle served as an interpreter with British Expeditionary Force during the Second World War, and was captured by the German army at Dunkirk, the experience of which served as the basis for his Goncourt-prize-winning Weekend at Zuydocoote. He published the 13 volumes of his hugely popular Fortunes of France series over four decades, from 1977 to 2003, the final volume appearing just a year before his death of a heart attack in 2004.

"A master of the historical novel" ( Guardian
"The spectacular 13-volume evocation of 16th-17th-century France" ( Independent)
"The Dumas of the twentieth century" ( Neues Deutschland)
"A wonderful, colourful, breathlessly narrated historical panorama" ( Zeitpunkt)
"Robert Merle is one of the very few French writers who has attained both popular success and the admiration of critics. The doyen of our novelists is a happy man" ( Le Figaro)