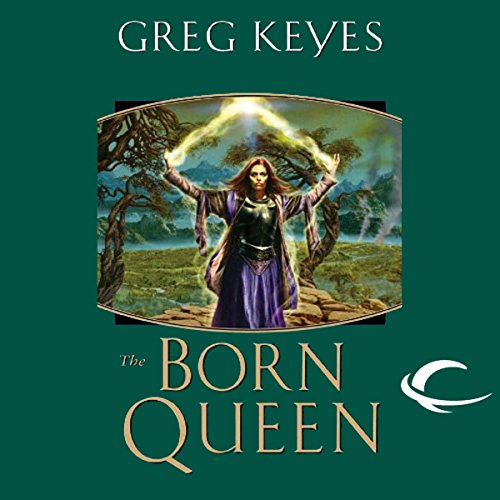 In The Kingdoms of Thorn and Bone, Greg Keyes has crafted a brilliant saga of magic, adventure, and love set against a backdrop of clashing empires and an ancient, reawakened evil. Now, with The Born Queen, Keyes brings his epic to a masterly close, gathering the strands of plot and character into a stunning climax that both completes and transcends all that has gone before.

The Briar King is dead, and the world itself follows him to ruin. Aspar White, wounded and tired, must embark on one last quest to save the forest and the people he loves, but he has little hope of success. Anne Dare at last sits on the throne of Crotheny, but for how long? The Church, now led by the corrupt and powerful March Hespero, has declared a holy war against her, giving the king of Hansa the pretext he needs to unleash his vast might on the young queen and her unready army.

But Hansa is the least of Annes worries. The Hellrune, war seer of Hansa, strikes at her through vision and prophecy. The Keptlast of the elder Skasloi lords weaves his own dark webs. Annes teacher and ally in the sedos world might also be her worst enemy, and Annes own mounting strength compels her toward madness.Surviving these dangers and mastering her eldritch abilities are merely prelude to the real struggle. There are manysome with power matching or even exceeding Annes own who are willing to kill in order to seize control. For whoever sits upon the throne will have the ultimate command to bring about the worlds salvationor its apocalypse.