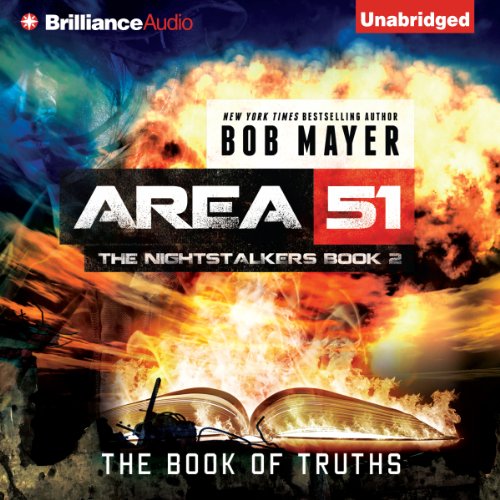 The Book of Truths

The Book of Truths

A little truth is a dangerous thing. A lot could kill us all. The Nightstalkers are back, and the world needs them now more than ever.

When a real-life truth serum, a military cabal bent on launching a preemptive strike against America’s enemies, and the nuclear football - which contains the information the President needs to launch the nation's missiles - all converge, the Nightstalkers suit up for another deadly mission. Joining forces with the Cellar, the covert world’s police force, the team might be mankind's last hope.

A bombed-out neighborhood in Pakistan. A strip mall in suburban Virginia. A decommissioned ICBM silo in Nebraska. The highest-security location inside the White House. The Book of Truths hits all the hotspots and roars to a breathless showdown that could mean the beginning of the end for everyone.