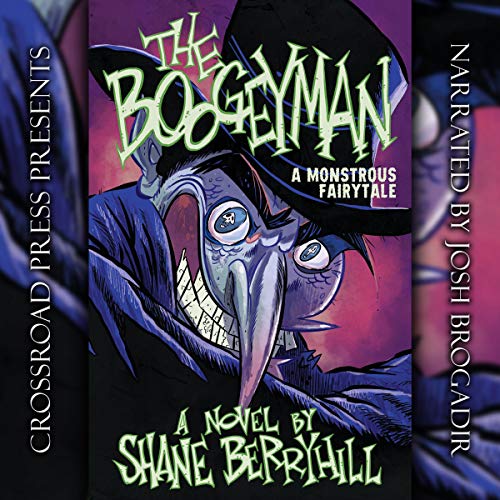 Everything you think you know about the Boogeyman is wrong! This is what a 13-year-old boy nicknamed “Puck” learns when he follows the Boogeyman through his closet into the realm of fairy. Puck discovers the Boogeyman is not an evil "boogey" at all, but rather a "boogey hunter" whose duty it is to track and bring home monstrous fairies who have strayed into the mortal world.

As yet unaware of the Boogeyman's true nature, Puck mistakenly frees a shape-shifting changeling from the Boogeyman's lair. Their quest to re-capture the rogue fairy leads Puck and the Boogeyman on a world-hopping chase that ultimately sees both fairy and the mortal world embroiled in an all-out war—one that only Puck, the Boogeyman, and their allies can hope to stop.

Fans of both RL Stine’s Goosebumps and JK Rowling’s Harry Potter series will find scares, magic, and adventure aplenty within pages of The Boogeyman - a monstrous fairy tale written by Shane Berryhill, author of Chance Fortune and the Outlaws.